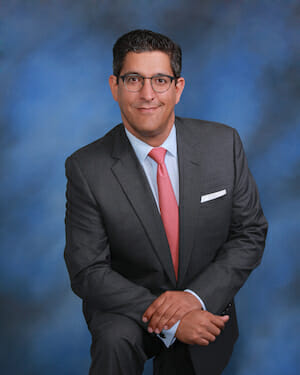 Daniel J. Tripathi is the founder and managing attorney of Cal-Lawyer PLC, a full-service litigation firm serving diverse legal needs, from criminal defense to civil matters. Attorney Tripathi formed Cal-Lawyer PLC in 2016 when he incorporated and merged his prior firm. The Law Offices of Daniel Tripathi was founded in 2006 that served the Inland Empire and surrounding communities for over a decade. Cal-Lawyer PLC—working in conjunction with a half dozen of counsel attorneys—handles diverse matters in criminal, civil, real estate, probate, and business litigation.

Attorney Tripathi graduated from the University of Southern California with a Bachelor of Science in systems engineering and worked with a British manufacturer, where he managed numerous engineers throughout the United States for five years. After years working in the private sector, counselor Tripathi enrolled in Southwestern University School of Law’s prestigious SCALE program in Los Angeles—the only ABA-accredited two-year legal education program in the nation.

Upon graduating from Southwestern University School of Law’s SCALE program, Attorney Tripathi returned to the private sector where he began his legal career in patent prosecution. In early 2007, counselor Tripathi transitioned to trial litigation as a criminal defense attorney involved in an array of high profile case in Los Angeles County—continued to do so, in Riverside County and other counties throughout California, until 2013 when he decided to expand his burgeoning practice.

Since 2013, after transitioning his legal practice from exclusively doing criminal defense work, Daniel Tripathi broadened his practice to include areas involving civil litigation, both plaintiff- and defendant-side; probate and real estate law.

Super Lawyers named him as a rising star, consecutively twice in 2014 and 2015. In 2016, Super Lawyers rated attorney Tipathi as a top attorney for that year. For two years consecutively, in 2016 and 2017, Martindale-Hubbell awarded him with a Pre-eminent AV rating as well as client distinction awards in 2013, 2014, and 2015. In 2017, a Riverside County jury found no liability for his client, the defendant, in a civil case, who was facing $10 million in damages.